Lab notes and data for “Preparation of the Styrenes” Using an analytical balance, 22.4295 gram of unknown alcohol (code # 27) was added to the 50 ml distillation flask. With stirring and carefully about 10ml of a 50/50 sulfuric acid/water solution was added dropwise to the flask with stirring. The distillation flask with contents was connected to a water cooled distillation apparatus. Upon heating a cloudy colorless liquid distilled and was collected as per instructions in the lab manual. Steps 6 thru 10 in the lab manual were completed. The result was a clear colorless liquid (crude product) with a mass of 10.9843 gram. The crude product was redistilled resulting in the collection of 7.2546 gram of clear colorless liquid (final product) which distilled over at 140 – 147 deg Celsius. The IR instrument was unavailable, however NMR was. A small amount of final product was prepared for NMR analysis. Proton, carbon-13 and DEPT NMR were acquired. Small amounts of final product and the starting unknown alcohol were tested with ceric ammonium nitrate solution (clear and yellow) and a bromine/octyl alcohol mixture (clear and orange). The results are as follows: Unkn #27 + ceric soln formed a blood red solution Final product + ceric soln formed a yellow solution Unkn #27 + bromine solution formed an orange solution Final product + bromine solution formed a colorless solution Use a lettering scheme for p-nmr and give the name of the structure. 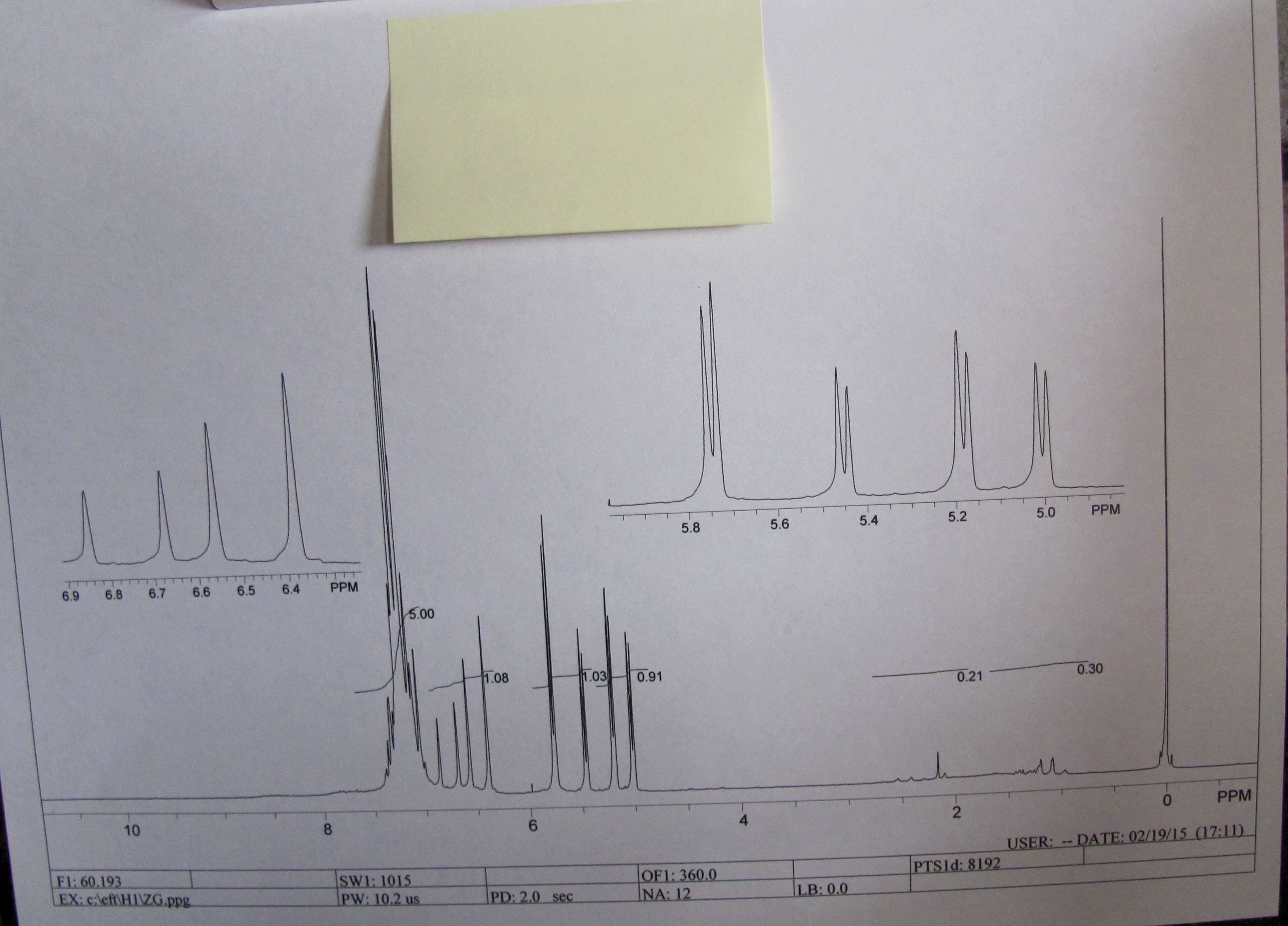 Need a hand with homework?